Shat Nav finally got fed up with Man Pig and decided to start the proceedings, usual stuff plus the hares promised SAS style awards if you did all the longs. Man Pig then arrived and proceeded to say everything  Shat Nav had, but got shouts of ‘Done It’.


Off we went, road, trees, fields, mud, footpaths, 1st beer stop Cousteau  was as bleeding from his hand, or should I say paw because he was chasing a  dog (perhaps it had flour on its back) and he managed to fall over it.


Anyway he decided that blood was not the colour he liked because it clashed with his running kit, so he washed it off. Donuts, home made cake and usual paraphernalia at the beer stop.


Off we went trees, fields, mud, footpaths and then the long short split,  paperwork decided he was too old to join the SAS so took the short, shouldn’t have bothered along with Tosser and Monthly Cycle got lost and  ended up doing the same as the longs plus missed the 2nd beer stop.


Got to ‘B’ proper hashers pub with a warm welcome and a landlord willing  to recommend the cheaper drinks.


Down downs were Paperwork for leading 2 virgins astray Tosser and Monthly Cycle Man pig got 2 down downs, the usual plus 1 down his back from Monthly Cycle after much egging on from the masses, don’t fret the one down his   back was water and not beer.
The best also ran in the down down stakes this week goes to GymSlip who was having trouble getting served at the pub at Oct A To B so striped naked and paraded around – that was the story I heard anyway!


Arrived early, at 12 as google maps thought it would take longer than it did to get there. Hoped we were in the right place, until Shat Nav arrived. I could then start pestering everyone for money as they arrived.


Five virgins this month: Monthly Cycle and Tosser already mentioned in despatches above, also Potato Head, Flat Pack and Doc Cock. I didn’t see much of any of these on the run, as they are athletes and I am used to bringing up the rear!


A bit of road to start with to get out of Ivybridge then up the river valley towards the moor. A quick hop over a VERY windy Hanger Down moor with loads of horses in a herd that we thought were cows! I think the longs missed this bit, or went further round the bottom of the hill?


Anyway, down into Cornwood for the first re-group, next to the pub. Only next to I hasten to mention, not in. There was more than enough goodies in Larks car to keep us happy though and thanks must go to Zoot for the excellent banana cake.


Off we went again and as I’d already done 5 miles by now, my memory is a  little hazy, but we passed a lot of china clay works but luckily didn’t  have to climb the huge slag heap. Second re-group attained, but where were half the pack? We’d had a long short split a little way back and so  it was that the shorts managed to out-run half the longs and get to the cake first. As mentioned above, Paperwork was leading two newbies astray and never made it to the re-group at all. They’ll be wanting their money back!


Off we went again, short cut was mostly along the road, past the Moorland inn – that’s the second pub we passed without entering you note, and the end was finally at the White Thorn in Shaugh Prior.
The shorts managed to total up 12 miles in quite tough terrain.  Not quite ready for the SAS yet!

Cow Pat and MeavyMaid are the hares and have recommended taking torches as the days are getting shorter and the night draws in by mid afternoon at this time of year. Either that or it's a blinkin' long trail.

Gentlemen DO NOT SHAVE your Movember's off as Man-Pig wants to see whose is the most impressive - you may even get a down down who knows? 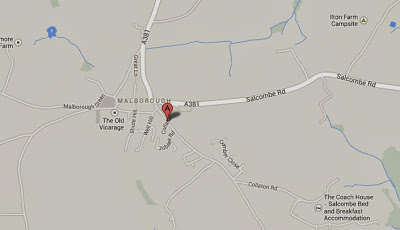