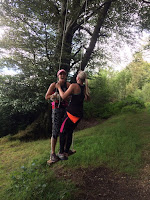 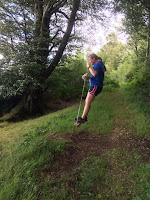 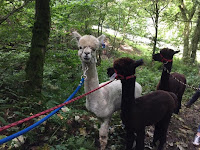 Here are the words according to Sorepoint:


We arrived in the White Cross Car Park to a flustered Larks, not knowing if he was in the right place or not.  The car park wasn’t the largest ever and what with a burnt out car taking up some of the space we had to be creative whilst missing tree stumps.


Circling up a little later than usual after waiting for TC and SR to arrive, instructions were given and I volunteered to scribe this month.


Off we went out of the car park along a muddy track, this was going to be a bit of a theme this month.  Along we went until we found a bit of a swing. Lets have a play we thought. pic supplied.  Then I thought, I recognise that yellow car - we’re back at the car park - is it a beer stop already?  But no, off we went out of the car park again and over the road to continue the trail.  Tenzing advised me as we ran past that three more hashers had arrived after the off - Flem and Hardon and one hasher he didn’t recognise, who could that be we wondered?  We will have to wait and see.


More trail followed - I never know where I am, but Strava reckons I went through Sudbury at some point.  Think this may be where we found Larks for the first time.  Still no sign of the mystery hasher.


Off we go again, more up than down in my mind.  On one of these downs we came upon some Alpacas being walked on a lead like a dog - well, why not I suppose.

We found Larks again on a grassy bit by the road and the shorts tucked in.  No sign of the longs.  Then, who was to appear, but BellToll - the mystery has been solved!  He had gone long after a late start and not caught up in time for the first regroup, so went short second time round and found us.


Off we went again on another short loop and found Larks again.  This was actually where the beer stop was supposed to be so the sneaky shorts had a third stop and a few more sweeties (I really shouldn’t have opened the cheddars at this point) and off we went again.


We found ourselves on Farway common, then on to a road for a bit of a run in to the Hare and Hounds.  We had arrived!


Excellent run thanks hares, and an excellent pub to finish at.  About a dozen of us stayed after the Down Downs to eat and it was really good food - recommended.


Down Downs went to:


The hares, Brushoff, Tenzing and Grasshopper
The Virgins: Paul and Tequila Sunset (apologies to Pink 2 Lips who should have been included here, but I know her so well I forgot she was a virgin!
Buzby: for visiting at the pub at the end, and not doing the trail
No Style - for missing a puddle
Flower Power - for not listening to the hares
Scouting and Hairy for listening but still getting it wrong!


OnOn till next month.